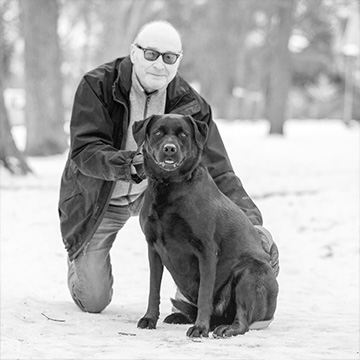 Prior to joining the firm, he practiced law with senior level private firm banking, technology, corporate and commercial law practices in Winnipeg, Manitoba, and Vancouver, British Columbia, including serving as a member of an outside general counsel team advising the Head Office of Bank of British Columbia, then a Canadian Chartered Bank, and now a part of HSBC Bank Canada.

He was formerly the Senior Treasury Solicitor for the British Columbia Provincial Treasury, and director, Commercial Law Division, B.C. Ministry of the Attorney General.

Such work has included:

Commercial mandates including significant commercial leases and other property transactions, a full array of transactions involving interests in corporate assets and shares, and the creation, structuring, organization, and re-organization of various business and corporate entities.

Working as counsel to several Canadian based IT start-up companies, which mandates included a heavy component of information technology and intellectual property work for suppliers of IT and IP products and services such as; the negotiation and completion of software development and licensing agreements, hardware placement arrangements, confidentiality and non-disclosure agreements, employee/independent contractor agreements, co‑development and co-marketing agreements, software maintenance and escrow agreements, systems integration agreements; the protection of copyrights and trademark rights; patent matters; dealing with various aspects of electronic and Internet commerce, such as the structuring of Website agreements, including those which comply with applicable anti-spam, consumer and privacy laws and statutory and regulatory provisions; dealing with technology transfers and acquisitions, both by assets and shares; advising with respect to conventional and venture capital financings; and, dealing with significant computer system acquisitions and leases.

APPROACH TO THE WORK

Chris has consistently sought and developed his extensive skill set and this has informed his ability and capacity.

He relates directly to those who are creating and managing businesses and projects as he has, “been there and done that”, himself.
He has managed IP assets and protected ownership and operative rights in them.
He is an entrepreneur and understands the nature of the IP/IT scenario, as well as its legal structures and tactics.

His view is that legal matters must be done effectively and well, and within the realities of the commercial endeavor.

Founding Member and Director of the National Institutes of Health Informatics.
Board Member and Trustee of two independent schools.
Past member of amateur football and rowing clubs.