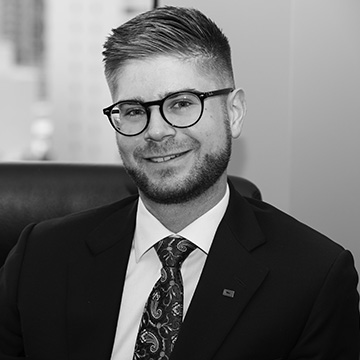 Evan was fortunate to participate in the inter-law school mooting competitions, first as an oralist with the Davies Corporate Securities Moot and then as a researcher for the Fox Intellectual Property Moot. He has also participated in the Manitoba Court of Queen’s Bench Clerkship program offered through the Faculty of Law.

Evan has a wide variety of interests, including running, mountain biking, and following the Winnipeg Jets (particularly their prospects.) However, most of his interests’ centre around good food and company. Starting from a time when he could barely stand, he imitated his father cooking on the grill with a toy set. His skills and ambition advanced over time, culminating in brief appearances as a guest chef in some local educational programming. He enjoys bringing his overzealous attention to detail in trying new dishes and cuisines, ruthless critiques of him and his father’s food, and attempting not to injure himself with searing flames or razor-sharp knives.